‘Mech March – Week 4 Photos and a Last Chance To Buy

‘Mech March – Week 4 Photos and a Last Chance To Buy

As we wrap up the ‘Mech March, we took a little twist on the usual formula. The ‘Mech March events have consistently drawn crowds of interested players for the demos, and well… it’s not a hard game to pick up really.

This week, some of our first participants took a spin at wrapping up an earlier game, this time with minimal supervision as a Clan Command Star smashed into another Clan Defence line. Carrying over from a previous game they’d not been able to complete, two Clan forces continued to grind each other into the dirt (sans an Executioner, missing a cockpit and ‘MechWarrior courtesy of a previous session).

FREE BATTLETECH: BEGINNER BOX
WITH PURCHASE OF A GAME OF ARMORED COMBAT AND CLAN INVASION BOXES*

GET STARTED AT GAMES @ PI OR GET THEM ON OUR WEBSTORE! 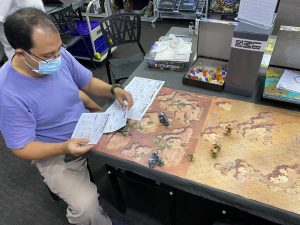 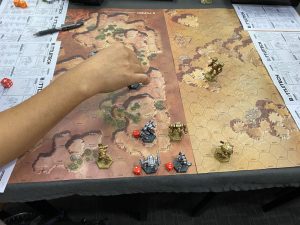 Speed is love. Speed is life. Slowing down in front of a Black Hawk… may result in… 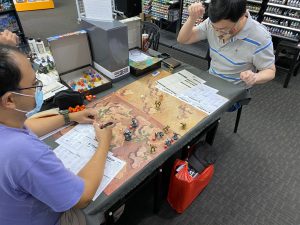 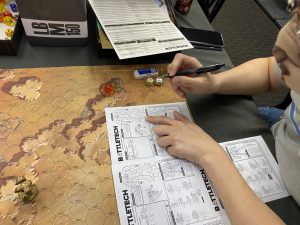 Did you know hitting 27 heat is actually very very bad for your long-term survival when standing next to a rather peeved Ryoken? 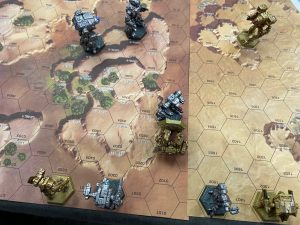 As this Black Hawk discovers, if you fail to destroy the target, a Ryoken’s Ultra-20 Proctology hurts. 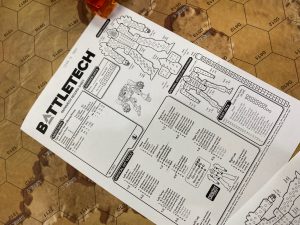 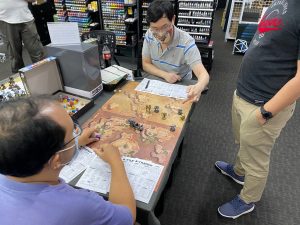 Violent retaliation from the Mad Cat sheers a torso off a Thor, but time is called before an outcome can be decided.