Hey! Remember those boxes of T’au Sniper Drones you special ordered? The ones in the white box that can only be brought in as a direct special order at reduced margins in nonstandard packaging which we can’t sell normally? They’re in. WHAT DO YOU MEAN YOU DON’T WANT THEM ANY MORE?

It’s enough yo drive a man to Khorne worship sometimes.

T’au Empire Sniper Drones. They come in a white box from GW Direct. Looking for a good home. Available immediately.

EXTRA 5% IF PAID FOR IN-STORE USING NETS, PAYNOW OR CASH

We’re going to be placing these items up for sale one at a time in both Games @ PI and on our webstore.
As they sell, we’ll replace them with a fresh item. If it doesn’t clear within a 3-day period, we’ll swap it out for a fresh item as well.

Items sold as is. First-come-first served. 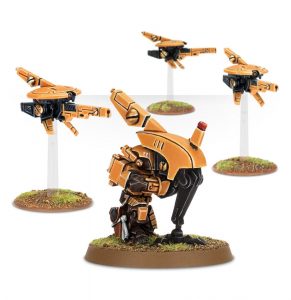 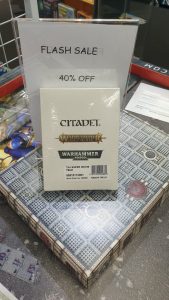