We left a trail of destroyed machine on Friday with many different players having lined up to learn to pilot their giant stompy robots into combat. Our combat correspondents were on hand to capture shots of the mayhem, so keep on scrolling if you want to see pictures of people having fun.

As always, we’re going to keep the good times going, so if you want in on the BattleMech Mayhem we’ve unleashed, don’t forget to sign up below for the second demo session on Friday, 12th March, 6 – 9pm

As always, bring a friend if you can find one (Or don’t. We won’t judge). 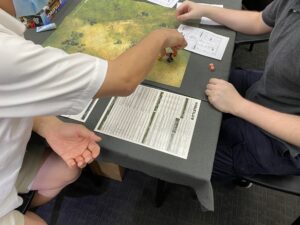 A Stinger and Wasp match up is a classic engagement to get people into the ‘speed is life’ mindset of “Bug ‘Mech” pilots. 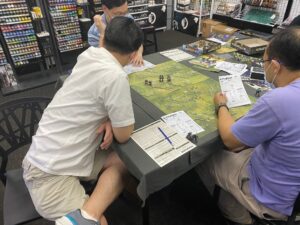 Abby and How Teng graduating beyond 1v1 to a Lance on Lance engagement. 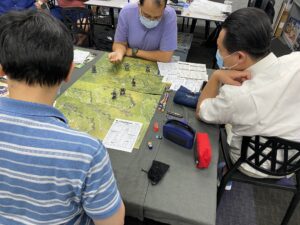 A Lance attempts to break through a defensive line as they master the math of shooting. 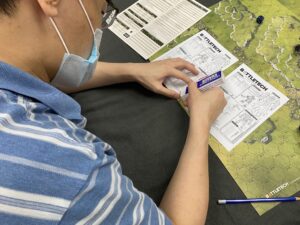 Heat Management math and knowing when to ride the heat curve and be an Alpha Baby. 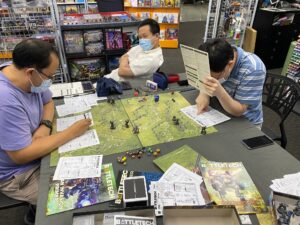 You lot know what you’re doing. The man conducting the demo checks out and becomes a spectator but the fight continues. 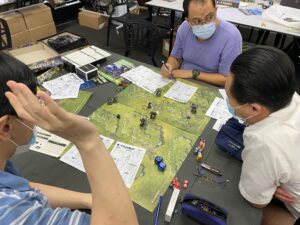 I have a question…. 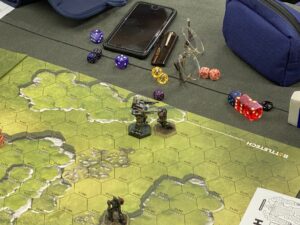 What happens if my Wasp gets in front of him to slow him down? You become a Speed Bump, that’s what. 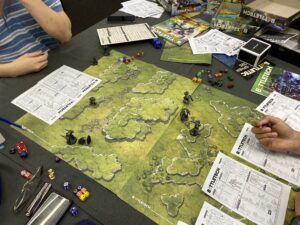 And the Wasp gets cored from support PPC fire from a distant Warhammer.