There’s quite a few fans of Frank Herbert’s Dune among the staff. As a seminal piece of science fiction writing, Dune’s had a great impact on much of modern science-fiction including Warhammer’s Grim Darkness of the Far Future. Adapted in a variety of formats including movies and games, it’s only fitting that the latest Dune interpretation in cinemas has come full circle with a spread of titles available on both our shelves and available for order via our webstore. 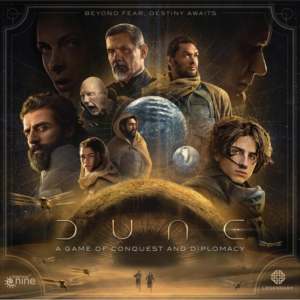 Gale Force 9’s DUNE: A Game of Conquest & Diplomacy, is one such title, reimplementing the classic DUNE the board game and streamlining it’s mechanics. Designed for 2 to 4 players, DUNE sees the players thrust into control of House Atreides, House Harkonnen, the Imperium and the Fremen as they struggle for control of Arakkis, the desert planet. Designed asymmetrically, players battle for control of the melange, seeking to dominate the world militarily or economically while dealing with sandworm attacks, storms and the machinations of others. 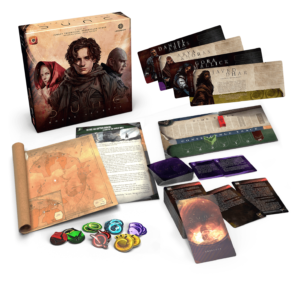 Based on Portal’s award-winning Detective: A Modern Crime Board Game, Dune: House Secrets adopts a different cooperative angle, as the players instead view Dune from the bottom up as a cell of rebels who must solve a series of challenging missions with a finite amount of time and resources on the desert world. Players cooperatively make decisions on how to progress the story as they decide to explore different regions of the world, follow leads, leverage allies, and overcome opposition of all kinds as they find themselves embroiled between open conflict between the hosues on Dune. Modiphius’ DUNE: Adventures in the Imperium on the other hand approaches the universe from the perspective of a role playing game, taking you to the far future where fear is the mind-killer and that control the spice control the universe. The Imperium is a place of deadly duels, feudal politics, and mysterious abilities. Noble houses constantly politic for power, influence, and vengeance in a universe where a blade can change the fortunes of millions. Take your characters on a journey through the worlds of the seminal Dune sci-fi book series from Frank Herbert inhabiting elite agents working for noble houses where mentats, swordmasters, spies, Bene Gesserit sisters, devious advisors, or even desert Fremen join together to follow your banner.

Unsurprisingly, Necromunda’s Ash Waste Nomads crib wholesale from DUNE’s Fremen so it seems as good an opportunity as any to remind everyone that the Games Workshop Adepticon Product Announcement – Preregistration promotion (that’s a mouthful) is also closing soon (the 30th of April, do be specific).

If you want to take advantage of our promotional preregistration, you might want to act fast. 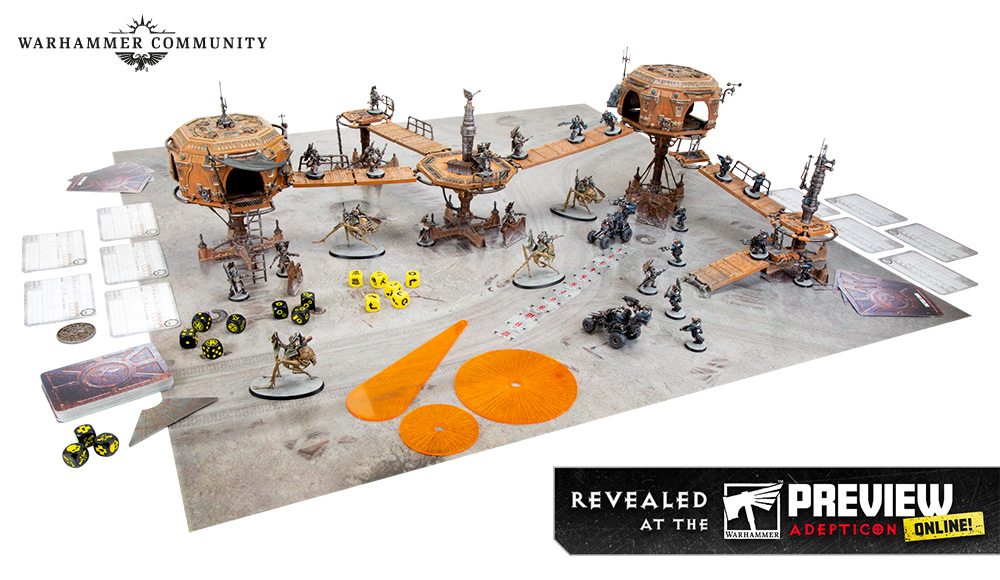