As mentioned in yesterday’s post, the team was burning oil to get the webstore updated and we’re live. Marvel Champions has gone live on our webstore with the first 15 packs ready to go. Scroll straight to the end if you want links. On the other hand, if you’re looking to leap into the fray with this cooperative Superhero bash, we’ve got a couple of deals for you with  several tiers to get you straight to punching villains ASAP. At the moment though, this is technically an in-store promotion, though if you can call the store (+65 6734 3858) and/or drop us an email at webstore@pi.com.sg asking nicely, I’m sure we can hook you up with a contactless delivery option as well. This set of offers last from now to the 30th of June.

Core Set, The Rise of Red Skull Expansion and any 2 Hero Packs (you pick – subject to availability)
Promotional Price $200 (Usual $222.60)

Also, we figured we might as well mention that the other restock party game titles are now on the webstore as well. If you’re after Exploding Kittens or the Party Pack, Trial By Trolley, On a Scale of One to T-Rex, Poetry for Neanderthals, Bears vs Babies, Here to Slay or Unstable Unicorns, you can grab them immediately off the webstore. 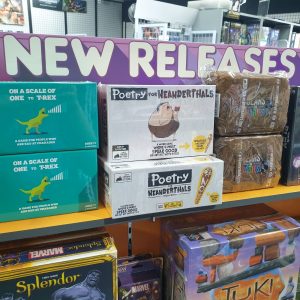