As they say in the business, photos or it didn’t happen. Either way, the plodding footfalls of giant robots continues to thunder across mapsheets as the ‘Mech March continues.

We put a father-son team through the academy ropes in week three, and it came down to a nail biting finish as paternal bonding turns violent on the tabletop as a WVR-6M Wolverine was left barely able to limp away after a knock down-drag-out fight against a GRF-1S Griffin. Of the Griffin, well… at least the salvage is good.

If you want to learn to hit the table with giant robots and give the BattleTech game system a spin, come sign up for our forth demo session on Friday, 26th March, 6 – 9pm

As before, bring a friend if possible (or, we’ll do the shooting at you and you don’t want that). 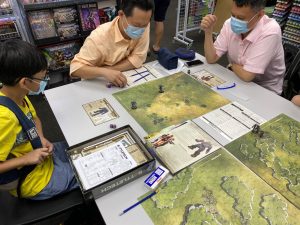 Isn’t that just math? Yes. It’s all math down here… 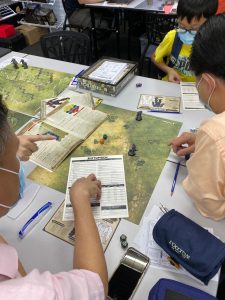 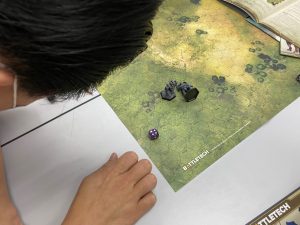 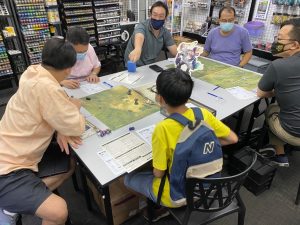 The Veterans decide to entertain themselves. 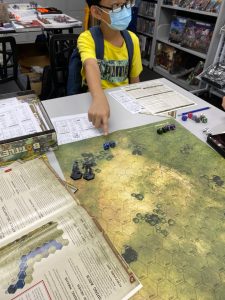 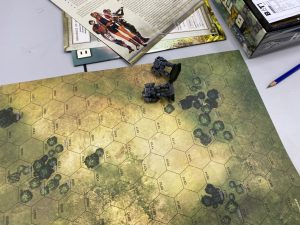 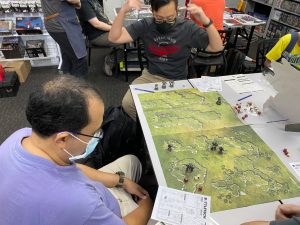 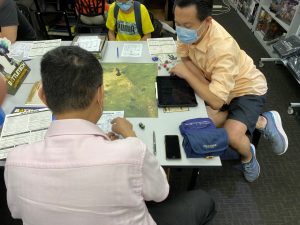 We roll for initiative… 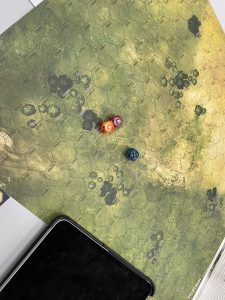 Losing the initiative the professional way. 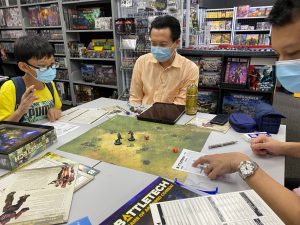 A final exchange of fire… 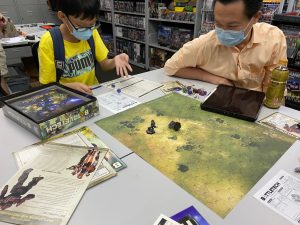 One shall stand, one shall fall…