‘I was there, the day Horus slew the Emperor. ‘

As the end of the 31st Millennium draws to a close, Brother marches against Brother as the Imperium of Man tears itself apart is an all consuming Civil War. Rumbling onto the field in all new plastic sculpts, there has never been a better time to leap into the Grim Darkness of the Far Future with the Age of Darkness box set.

If you know how Games @ PI operates, the manager is bored and this leads to weird thing.

We’ve got a flash sale up. Well technically two – one for the Loyalist players amongst you and one for the Traitors. 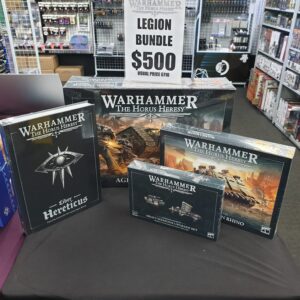 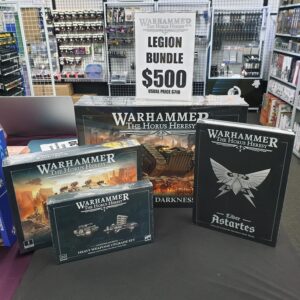 There’s one of each Army Deal available as a special Legion Bundle.
We can’t promise how long these will last, so if you’re interested, move fast.