We’re just popping in to feature another $100 bundle again. This time, we’re going a little deeper into the gaming genres, so if you’d like a neat strategy game or two or even the teeny tiniest 4X strategy wargame ever… you’ll want to pop on by the Games @ PI store to grab this particular Festive Bundles! Alternatively, build your own package with the Rebate Promotion and get a bunch of games at your own special price.

The backbone of this package comes from Gamelin’s Tiny Epic series, an amazing series built around the minimalist conceit of distilling a game genre down to it’s core elements. Normally retailing at $152.60, you can pick this up at a steal at $100. 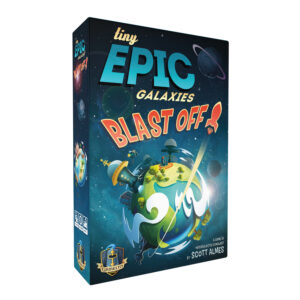 Tiny Epic Galaxies BLAST OFF! is a streamlined successor to the best selling game Tiny Epic Galaxies. In Tiny Epic Galaxies BLAST OFF!, each player controls a galactic empire, aiming to expand their influence by acquiring highly contested planets and increasing their cosmic armada. The game revolves around an innovative dice-rolling combo mechanic. Each die is engraved with symbols representing the various actions you can take, such as moving a spaceship, increasing your culture or energy resources, or advancing your political or economic influence over newly discovered planets. 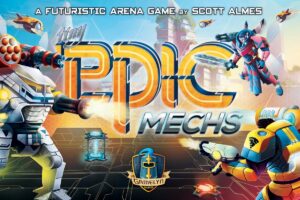 Tiny Epic Mechs is an arena-style player-vs-player action-programming game. In Tiny Epic Mechs, players take on the roles of highly skilled and athletic Mech pilots. They compete in a free-for-all battle royale over the span of six rounds. In each round, players select four of eight available actions to program.  Your programmed actions are played out one at a time around the table until all players have executed their four actions. When you cross paths with another player, combat ensues. These actions keep you moving around the arena while allowing you to deploy high-scoring defensive turrets, plant explosive land mines with hidden values, collect resources, purchase weaponry, and power up into your Power Armor or eventually the highly-sought-after Mech Suit. During combat, players exchange fire until one player is out of ammo and must retreat, or they are defeated and forced to reset. 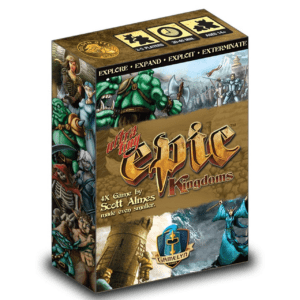 You are a tiny kingdom with big ambition. You want to expand your population throughout the realms, learn powerful magic, build grand towers, and have your neighbors quiver at the mention of your name. The conflict? All of the other kingdoms want the same thing and there’s not enough room for everyone to succeed… Ultra Tiny Epic Kingdoms is a 4x fantasy game in a pocket-size package, each player starts with a unique faction (which has a unique technology tree) and a small territory. Throughout the game, players collect resources, explore other territories, battle each other, research magic, and work to build a great tower to protect their realm. 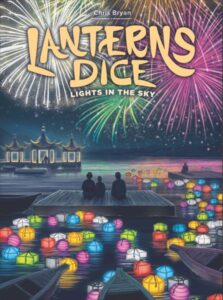 The harvest is in, and now it’s time to celebrate! The emperor has declared that this shall be the best harvest festival yet. In Lanterns Dice: Lights in the Sky, players act as artisans, decorating the palace lake with floating lanterns and launching fireworks to light up the sky. The player who earns the most honor has made the best impression on the emperor and wins. In more detail, roll dice and choose which colored lanterns players can fill on their scoresheets. Earn gifts to perform special actions, fill in additional colored lanterns, and create powerful combinations. Cover completed shapes with fireworks tiles to score points and put on a spectacular show!

If you’d like to grab this package or any other, swing by the Games @ PI store and let our staff help you pick out something you’d like! There’s plenty of fun to be had in a store full of games!