We previously took the opportunity to point out a couple of our favorite two-player experiences…. and then one of the staff pointed out “What if someone wants a game that can be fun when played with two-players, but also has room for expansion?” and this led to a lot of hemming and hawing.

After some thought, here’s a trio of titles which we would recommend for any collection that are have really good gameplay even at two-players. 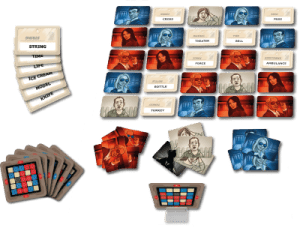 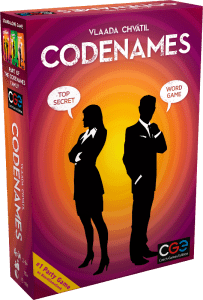 Codenames by CGE is usually seen as a large group party game, but each set also includes rules for a two-player cooperative mode.

Regardless of whichever mode you choose to play, a nominated Spymaster will give a one-word clues that can point to multiple words on the board. Their teammates try to guess words of the right color while avoiding those that belong to the opposing team. Meanwhile, everyone wants to avoid selecting the assassin card which will cause their team to immediately lose, forcing the Spymaster to be more selective over their choice of word.

Codenames: win or lose, it’s fun to figure out the clues. 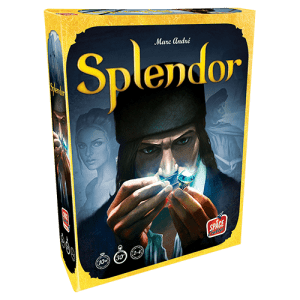 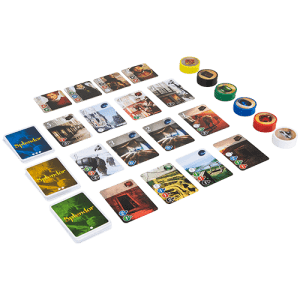 Splendor by Space Cowboys is an engine-builder style board game set in Renaissance Europe. Players are rich gem merchants seeking to woo the nobility and gain wealthy patrons and gameplay is deceptively simple, but possessing incredible depth.

During a player’s turn they can collect gems tokens from the supply, reserve a development from the board or outright purchase a development card by paying for the cost. All cards purchased by trading in gem tokens increase your wealth and provide a permanent discount on gem purchases of a colour, In order to win the game, you must reach 15 prestige points before your opponents do so players must balance their choice between grabbing costly cards for big early game point leads or steadily building up a tableau of cards for future discounts.

At two players, Splendor plays differently from larger tables of three and four, since players are going from optimizing their turns to actively plotting against each other. Regardless though, the game itself doesn’t stop being fun and it’s short snappy playtime and tight gameplay make it an excellent option for two players. 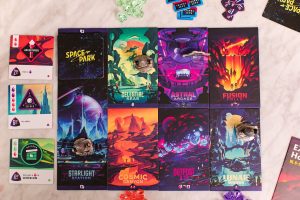 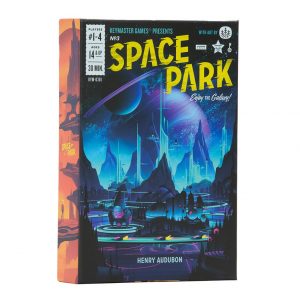 Space Parks by Keymaster Games was designed by Henry Audubon, the designer of the award winning Parks. Featuring a stylish retro space aesthetic, players in Space Park set out to be the galaxy’s next great space explorer, travelling around the galaxy collecting exotic crystals and completing exploration badges.

Space Parks even comes with a 1-player mode which sees the player racing against the board itself to complete their exploration.

Like Splendor, Space Park plays very differently at two players than it would with bigger groups. With each player having some limited control of the actions open to their opponent, gameplay takes on a slightly mean-spirited passive-aggressive element, as players not only have to maximise their own turns but also pay attention to what their opponent is doing. Still, the game itself is light and fast and a brilliant experience that doesn’t overstay it’s welcome.

CHECK OUT THE GAMES @ PI WEBSTORE